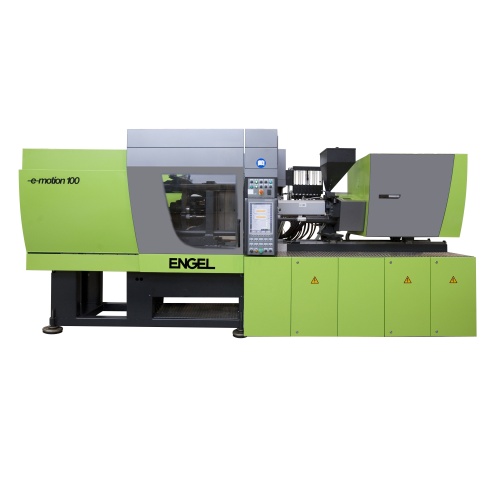 Engel Austria is one of the pioneers in the field of electromechanical drive technology for plastics machines. The company presented an all-electric injection moulding machine in 2001 and has achieved worldwide success with its ‘ENGEL e-motion’ series. When it comes to ball screws, the company relies on NSK’s expertise in linear technology.

Electromechanics or hydraulics? This is a question faced by all manufacturers and users of plastic injection moulding machines. The main drives in injection moulding machines, the clamping units, are traditionally operated using hydraulic cylinders. However, electric drives are now becoming more common. Electromechanics use servo drives, ball screws, and highly precise linear guides.

Engel Austria is a pioneering force in the use of this technology. The company presented an all-electric injection moulding machine at the K Trade Fair (International Trade Fair for Plastics and Rubber) in 2001. Currently, the injection moulding machine manufacturer ENGEL with their e-motion series has proved to be highly successful around the world. The ENGEL e-motion series caters to clamping forces of up to 500 tons.

Good Reasons to Choose an Electric Drive
One reason for electric drives’ success is its repetitive movements. The viscosity of the power transmission medium used for hydraulic drives changes with the temperature. The electric drive is capable of duplicating movement regardless of temperature.  Electric drive systems also have lower noise emissions and high levels of energy efficiency which is becoming increasingly important.

Key Parameters: Reliability and Precision
The electromechanical linear drive that replaces the hydraulic axis has to fulfil extremely high requirements for this application, especially for larger machines with clamping forces of 2,000 to 5,000 kN (200 to 500 tons). NSK can offer extensive field expertise and product series with a unique combination of precision and reliability.

For the past three years, Engel has been marketing product ranges featuring NSK’s linear technology. In doing so, the Austrian machine manufacturer is benefiting from NSK’s global research and development activities. Asian manufacturers, due partially to legal requirements, started using high-precision electric drives before European producers; therefore, NSK has a very high market share in the Asian region.

Heavy-duty spindles: High Speed and Precision
The ENGEL e-motion machines use ball screws from the HTF series (High Tough). When they were first launched, these heavy-duty spindles set new standards in terms of axial forces and speed. Since the product’s inception, the HTF series has consistently been enhanced with the goal to increase electromechanical linear drives’ performance. The continuous expansion of the ENGEL e-motion range is proof that the developers are achieving their goal. Since 2007, the ENGEL e-motion series have been achieving clamping forces of up to 5,000 kN.

NSK’s high-performance ball screws are also used in the ENGEL e-motion injection units in addition to clamping units. For example, each machine has a fully modular construction, allowing customers to choose either one or several injection units.

Developed for Demanding Applications
The HTF series is hallmarked by an optimum ratio between the ball’s diameter and the lead. The raceway geometry of the threaded shaft and the nut, the material specification and its combination (nut/ball/shaft) are just as important to high performance as the highly precise machining and surface finishing of each and every component.

Fast, Efficient Manufacturing of Mass Products
Three years ago, Engel and NSK began working together with a goal to increase manufacturing speed for mass produced items, such as sealing caps.  Both wanted to achieve the shortest possible cycle times. To reach this goal, ball screws from the HTF-SRC, ASRC and ASRD series, were utilized. Spindle diameters’ were between 50 and 120 mm and leads were 16 to 50. This combination enabled sealing caps to be produced in a 96 cavity pre-form mould with cycle times of less than three seconds.

Striving to shorten cycle times even more and increase clamping forces, Engel has collaborated with NSK again to introduce a new generation of machinery to continue pushing performance boundaries.

Potential to Improve Performance
Meanwhile, NSK’s development team is working on developments to improve performance such as precision, speed and service life of the linear drives. The A1 seal concept is a milestone on the path to achieving this goal as it significantly reduces the amount of lubricant that escapes from the nut.
In addition to an obvious environmental benefit, the A1 seal concept has economic advantages. The minimal grease discharge means less lubricant is used.  The effects of insufficient lubrication are minimized, which increases service life. Therefore the use of HTF heavy duty spindles featuring A1 seals results in lower op