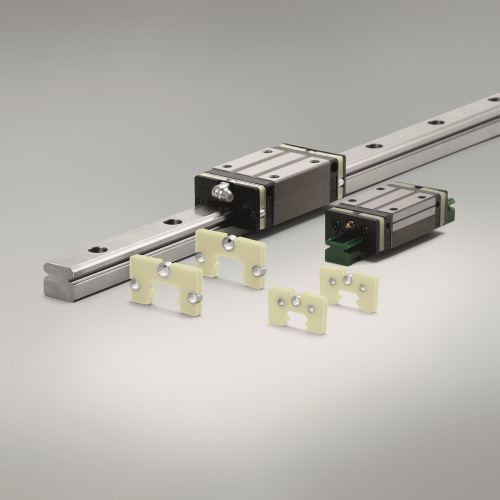 The demands that industry places on linear guides are becoming higher: they must be suitable for very fast applications, offer increased operational lifetime at higher loads and enable downsizing. Is it possible to fulfil all these wishes without significant technical effort and financial expenditure?

Many engineers regard the introduction of new drive systems that replace tried and tested technology and often require a complete redesign due to new mounting dimensions with mixed feelings. However, according to NSK there is no cause for what are often understandable concerns when the new NH and NS linear guide series replace the old LH and LS series in the first quarter of 2015. The recipe for satisfied users: no change to tried and tested installation dimensions combined with improved characteristics.

‘The new NH and NS series have a 30% higher dynamic load rating,’ explains Marcus Bulgan from the Application Engineering Precision department at NSK Deutschland GmbH’s European Technology Centre (ETC) in Ratingen, Germany. ‘We have achieved this good result due to geometrically optimised ball grooves.’ The new design ensures a more uniform distribution of forces between the ball and the groove. Conversely, this means that the contact surface pressures for the same loading are significantly lower, allowing the dynamic load ratings to be revised according to the valid ISO guidelines. The result is a dynamic load rating that is at least 30% higher, and thus twice the fatigue life. A numerical example: This means that the calculated service life of the NH25AN linear guide is 2.24 times that of the LH25AN. At the same time the noise level drops by an average of 3 dB(A).

However, what has changed for the engineer who is already using the old NSK linear guides? ‘The dimensions have not been changed at all,’ stresses Marcus Bulgan. ‘Also unchanged is the high degree of self-alignment of the slide on the rail due to the face-to-face arrangement of the bearings, resulting in lower internal loads compared to a back-to-back arrangement. This allows the linear guide to compensate for greater installation errors without significantly reducing the service life.’ Optionally, the new versions can also be used together with the NSK K1 lubrication units, which have proven their worth over many years. Marcus Bulgan goes on to explain that not only is the changeover to the new series unproblematic; it is also possible to mix old and new components in the same machine or system. When the components are mixed, the load rating of the old series applies, as the weakest link in the chain determines the service life of the system.

According to Marcus Bulgan, another advantage of the new series, besides the longer service life, is the fact that they can be operated at considerably higher speeds – again, without having to modify the machine. Owing to the use of high-speed end caps, the maximum allowable speed has been increased by a factor of three compared to their predecessors. Instead of 100 m/min, the new NH/NS series are able to traverse at 150 to 300 m/min. At the same time the smooth-running properties and the noise levels have been improved due to a completely redesigned ball circulation system. This allows the balls to be guided much more smoothly out of the load zone into the return cap.

The new series can be employed in a wide range of possible applications. Marcus Bulgan: ‘In principle, this covers all applications in which something moves and where precision, speed, service life and process reliability are important factors.’ They are suitable for applications that need to be precise and free of play in metal-cutting machines, medical equipment, semiconductor manufacturing, packaging machinery, robots and in material handling machinery in general.

In addition, NSK also considers the possibility of downsizing to be of great importance. Due to the higher load ratings it is possible to replace the linear guides previously used with significantly more compact versions with the same service life. A typical example: Instead of an LH30AN guide, the engineer can now select a more compact NH25AN that is 20% narrower and 10% lower. Moreover, it weighs about 30% less. Marcus Bulgan: ‘This option allows the engineer to design a system that is more compact, lighter and thus also cheaper, with no loss of functionality.’