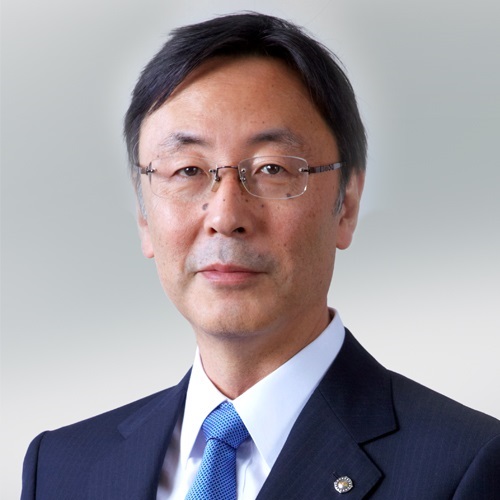 In 2016, NSK (Nippon Seiko Kabushiki-gaisha) will celebrate 100 years of providing the engineering market with optimised motion technologies. When Takehiko Yamaguchi founded NSK Ltd in 1916 with capital of ¥350,000 (€2,655), the company became the first bearing manufacturer to be established in Japan. Today, the company has the biggest share of the bearings market in Japan and is one of the largest bearing suppliers in the world. NSK has also diversified successfully into markets such as automotive products, precision machinery and parts, and mechatronics products, all helping to generate net annual sales (for the year ended 31 March 2015) of ¥974.9 billion (€7.4 billion).

From humble beginnings a century ago, NSK soon began to achieve growth serving Japanese sectors such as mining, railway, textiles and shipbuilding – all of which remain relevant markets to this day.

During World War I, shipbuilding and other industries saw further development, and Japan was well on track to furthering its position as one of the world’s leading industrialized nations. The following years witnessed NSK achieve many notable milestones. For instance, in 1932 the company produced Japan’s first tapered roller bearing for the gasoline fuelled vehicles axle used on the national railways. Just five years later, NSK established its Fujisawa bearing manufacturing plant, which is today the company’s earliest-established facility still in operation (NSK currently has 22 production sites in Japan).

In 1945, NSK achieved another first in Japan, producing the main-shaft bearings for Japanese Navy Ne20 the country’s first turbojet engine. NSK has always taken on the challenge of entering new fields. Over the years the company has supported the development of industry by making significant contributions to the production of jet airplanes, thermal power plants, high speed railways Shinkansen, VCRs, satellites and high density HDD for PCs, to list but a few technological breakthroughs.

NSK was listed for the first time on stock exchanges that included Tokyo, Osaka and Nagoya in 1949, a move that preceded a period of rapid economic growth in post-war Japan. A number of emerging target markets starting appearing in the late 1950s, with NSK providing bearings for essential home appliances such as vacuum cleaner, washing machines and refrigerators. Around the same time, the company developed precision ball screws for steering systems in cars and trucks.

In the following decade, after the establishment of its first overseas sales office at Ann Arbor, Michigan in the United States, NSK continued to set up business locations overseas. The 1960s also witnessed the arrival of NSK miniature ball bearings for high speed dental drills, which rotate at around 450,000 rpm to reduce pain during treatment. In addition, NSK commenced the production of parts for automatic transmissions.

During the 1990s, NSK acquired UPI, the largest bearing manufacturer in the UK, known for its RHP brand. Expanding production and sales locations in all European markets resulted in a stronger market presence for NSK in Europe. The same decade saw NSK rapidly expand its operations in Asian markets, particularly China. Here, the company set about strengthening its corporate structure to carry out research and development, sales and technical services locally. Other emerging markets, such as India and Indonesia, were also underpinned with new local production facilities.

In the 2000s, along with boosting exports from Japan, NSK also expanded its overseas production and continued to drive new product development. For instance, 2004 witnessed NSK mass produce the world’s smallest (at the time) deep groove ball bearing with an outside diameter of just 2 mm.

With the introduction of the Euro as the single EU currency came renewed economic ambition and growth across Europe. Headquartered in Maidenhead, UK, NSK Europe is currently nearing the end of a restructuring phase that will help the company serve its customers in an even more targeted and individual manner through further optimized services.

NSK Europe has annual sales of €1 billion (as of March 2015) and 3,500 employees. The company, which has production plants in Germany, Poland and the UK, has also won many notable supplier awards in the past decade, including from global OEMs such as Bosch, BSH, Continental, DMG-Mori, Festool, Kessler, PSA, Toyota and Volkswagen.

With the recovery of the global economy post-2009, NSK has continued building its global business structure on solid management foundations, seeking to "establish corporate fundamentals appropriate for a company with net sales of nearly ¥1 trillion". As of March 2015, the NSK Group had 31,088 employees on a consolidated basis and a global network of 214 sites in 30 countries. The most recent production site to open is located at Silao, Guanajuato, Mexico, which commenced operations in 2013. From its 65 production sites worldwide, NSK now produces around 2.2 billion bearings each year, bringing class-leading motion and precision to the industrial world.

NSK is now ready to take the first steps into the next 100 years, by focusing on quality, safety and compliance. First, the company will aim to achieve operational excellence to further improve the competitive edge of its existing businesses and build a firm management foundation. Then, NSK will pursue the next level of innovation to drive the next phase of growth, providing new value to society by creating new technologies, new products and new businesses.

To find out more about 100 years of NSK, visit www.nsk.com/100th/index.html